A Look at the Significance of The Empyrean Sphere

A Look at the Significance of The Empyrean Sphere

The Empyrean Sphere is a significant concept in the field of cosmology, representing one of the oldest and most influential theories concerning the structure of the universe. This ancient idea has had a profound influence on the development of science and philosophy, as well as providing an important source of inspiration for many creative works. Here we will take a look at what the Empyrean Sphere is and why it has been so influential throughout history. 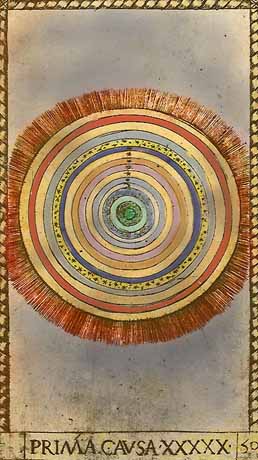 At its core, the Empyrean Sphere is a model for how the universe was thought to be structured in ancient times. It was believed that there were nine concentric spheres surrounding Earth, with each sphere representing a different heavenly body or element. The outermost sphere was known as the Empyrean – meaning “heavenly” or “fiery” – and it represented what was believed to be an eternal realm beyond this physical world. This concept can be traced back to Plato and Aristotle, but it was later developed by medieval philosophers such as Thomas Aquinas who saw it as an integral part of their philosophical systems.

The significance of this model lies in its ability to explain many aspects of how we perceive our universe today. For instance, by placing Earth at the center surrounded by these other spheres, it provided an explanation for why some stars appear to move faster than others – because they are located on different layers further away from us on this celestial structure. Similarly, these concentric layers also provided an explanation for why eclipses occur when they do – because certain planets are moving across one another’s paths on their respective orbits in relation to our position here on Earth.

The philosophical implications behind this model were also incredibly important; by positing that there existed an eternal realm beyond our physical world (the Empyrean), it helped shape early Christian beliefs about Heaven and Hell being real places outside of our own reality – something which still holds true today in many religions across the globe. In addition to this religious significance, this model also helped give rise to modern understandings about gravity and motion through space; by understanding how each sphere interacted with one another through their orbits around Earth, early astronomers were able to develop theories about gravitational forces which would later become essential components in understanding our solar system today.

The influence this model has had can also be seen within modern culture; stories such as Dante’s Inferno make use of concentric circles around Hell as its structure (a clear reference back to this ancient cosmological theory), while works like Milton’s Paradise Lost make direct references to traveling through these celestial realms towards Heaven itself (again reinforcing this idea). Similarly, modern science fiction stories often make use of similar concepts when describing alien worlds or distant galaxies– clearly drawing upon ideas that have been shaped over thousands of years since first conceived by philosophers such as Plato and Aristotle.

In conclusion, then, we can see that The Empyrean Sphere is much more than just a simple cosmological theory from antiquity; rather it represents an important source of inspiration that has helped shape both scientific theories and creative works alike over centuries past – something which continues even today into modern times. By understanding its fundamental principles we can gain insight not only into how ancient thinkers viewed our universe but also into how those same ideas continue to influence us today both scientifically and culturally speaking– something which deserves recognition given its far-reaching legacy throughout history thus far!

We use cookies to ensure that we give you the best experience on our website. If you continue to use this site we will assume that you are happy with it. Ok